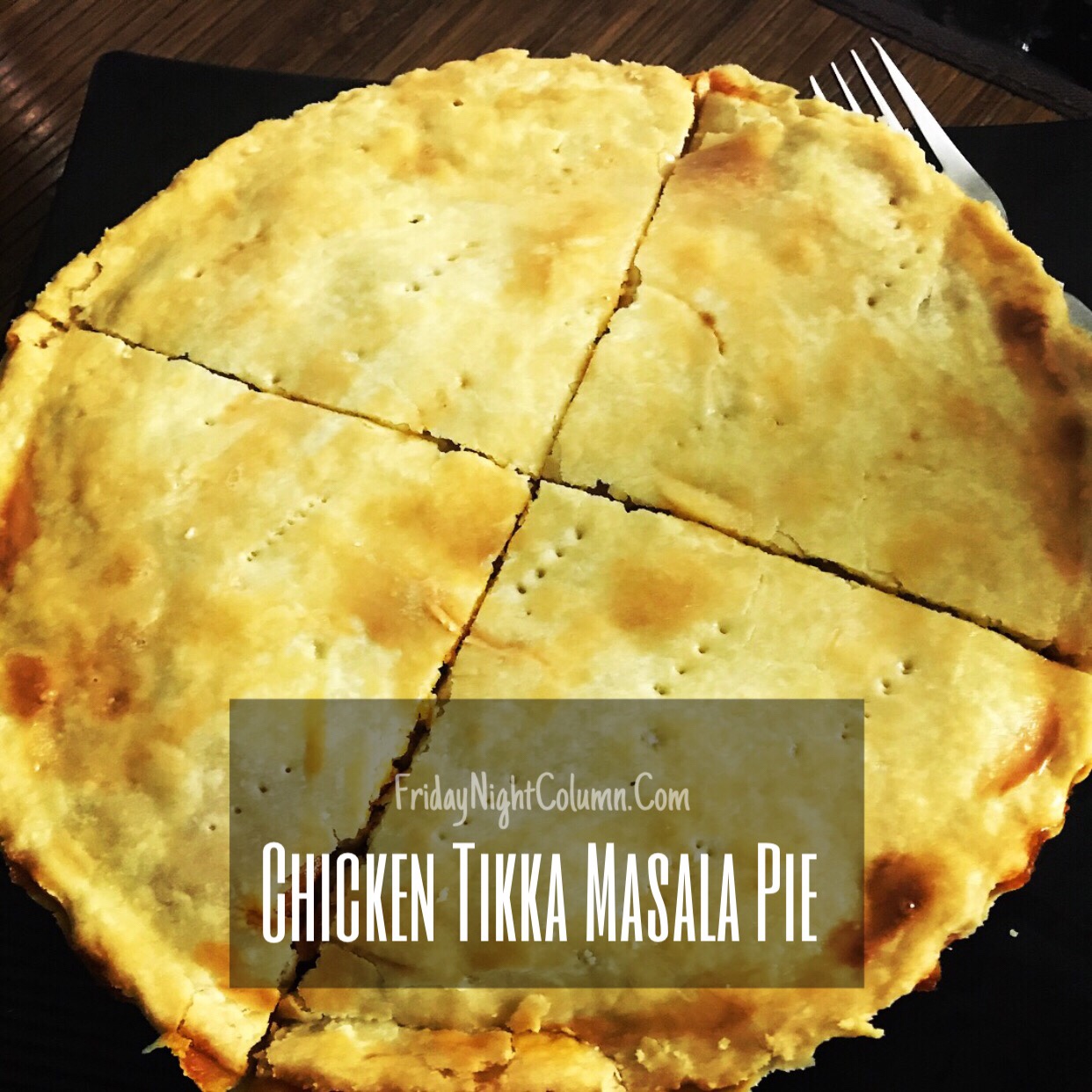 While watching Masters of Taste with Gary Mehigan on Fox Life , I was intrigued by Michelin starred chef Atul Kochhar’s idea of Chicken Tikka in the form of a pie.

Here I have tried my own version of ‘Chicken Tikka Masala Pie’ using a double layered pie crust with a saucy filling of shredded chicken tikka pieces in a tomato onion gravy made creamy with thick whisked curd.

I have used left over chicken tikka pieces which I had ordered from a local restaurant. You can make chicken tikka at home using the Tandoori Chicken recipe on the blog and switching chicken on-the-bone with boneless pieces.

For the pie crust :

For the pie crust

For the Chicken Tikka masala filling

Liked the article? Do share and spread the love.

In a hurry? Pin it on Pinterest for later : https://pin.it/pdo5zghi5bosdv